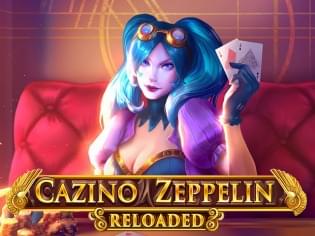 1. FIESTA DE YGGDRASIL campaign runs as follows: 10th February 2022 10:00 CET – 20th February 2022 23:59 CET.
2. FIESTA DE YGGDRASIL is a global campaign and it is open to all customers who are aged 18 years or over and have registered an account with an operator offering any of the below specified participating games: Cazino Zeppelin Reloaded, Golden Fishtank 2, Raptor Doublemax, Multifly!, Valley of the Gods, Vikings go Berzerk, Holmes and the Stolen Stones.
3. There is no minimum bet required to participate in any of the stages of the FIESTA DE YGGDRASIL campaign.
4. Prize pools for FIESTA DE YGGDRASIL campaign are set up in EUR and might be subject to currency conversion fluctuations.
5. Only bets made in play for real mode qualify for the campaign.
6. To participate in the campaign, players shall confirm that they wish to take part in the campaign by clicking “join now” in the pop-up window. Participating players will take part in the campaign by placing a bet in the participating games during the campaign period. No additional payment is required to take part in the campaign.
7. Yggdrasil reserves the right to not pay out a prize where the win results from any obvious error, mistake or technical fault (including incorrect game pay-outs) whether caused by a machine or human error in respect of any of the participating games. We further reserve the right to not pay out a prize where, in our opinion, the win results from cheating or collusion with other players.
8. All prizes from this campaign will be deducted from the monthly invoice of the respective operator. Note that when cash prizes are automatically awarded to players, the relevant prize is added to the player’s balance in the respective account currency. Deduction on the invoices will be credited by Yggdrasil in accordance to the currency of the invoice (typically EUR), as per EUR values specified in the prize pool.
9. Yggdrasil reserves the right to cancel or amend this promotion at any time.
10. Operators must notify their Key account manager by the 14th January 2022 in case they want to opt out from FIESTA DE YGGDRASIL campaign.

FIESTA DE YGGDRASIL – CAMPAIGN
11. The operator shall ensure that the FIESTA DE YGGDRASIL global campaign and the associated promotional marketing material, including but not limited to the promo pack, art, banners, logos, social media and video, is compliant with local regulation in each territory where the operator makes the campaign available to players. The operator shall fully indemnify Yggdrasil from and against any and all damages arising from or relating to a breach of this clause 11.

– Prize pool for the FIESTA DE YGGDRASIL campaign is €80,000.
– All prizes won will be automatically credited to the players’ casino accounts instantly if operator has BOOST Prize Drop mechanics fully implemented. Otherwise, winners reports can be provided on a daily basis for operator to credit their winners manually.
– Prizes will be paid out as per the prize pool tab.
– Prize pool for this campaign is set up in EUR and might be subject to currency conversion fluctuations.